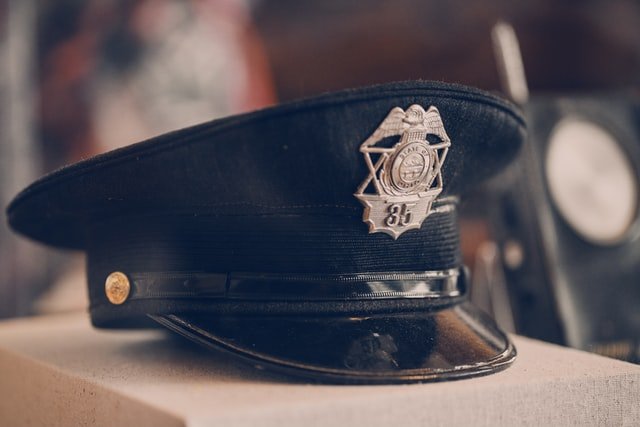 The Officer and Me

What wisdom can you find that is greater than kindness?
~Jacques Rousseau

I had a notable experience with a police officer two weeks ago when I paying my real estate taxes. It was a beautiful late summer day. Cloudless blue skies, mild fragrant air. Flowers shining their happy faces into the world. It was also the day we were again mandated to wear masks.

A cop called out to me as I was going up the stairs to the door I usually use to enter the tax office. His calling out frightened me. I thought I was going to get busted for breathing fresh air — without mask!

Instead of busting me, he directed me through a different door to have my temperature taken. That was an interesting experience as the thermometer was situated higher than was my head (me at 5’2” on a tall day). He suggested I give the machine my wrist.

When I left the building after having paid my taxes, I approached him and told him I had frightened myself when he had called out to me earlier. He asked why. I responded that his voice was alarming and that he appears quite formidable with his gun, club and all the other paraphernalia attached to his uniform. Plus his biceps were as big as my head (I didn’t use my outside voice about that noticing). I mentioned he could easily hurt me.

He said something, sort of playfully, yet not quite, about looking in the mirror and scaring himself. I realized he was revealing a truth. I saw under his formidableness that he was insecure. He had created this package to cover up and distract from his tenderness. All day long people see his projected image and not who he truly is. I saw under his “mask” into his vulnerability — and beyond that into his soul.

I said to him, “Bah — next time you look into the mirror, look at your beautiful eyes.” (He had gorgeous blue eyes). I watched him receive my appreciation and we came into fellowship. It was a lovely moment. Our meeting had shifted from me scaring myself into a polarization — the burly cop and innocent ol’ me — to an experience of kindness.

Ahhh, what else is possible?  I wonder if more of us chose to be the space to allow the fullness of us to be revealed. There is no polarity — this or that — black or white — good or bad. The world, and we, are much more complex than that.

I wonder what more of us choosing higher would create?

I’m all-in on finding out.