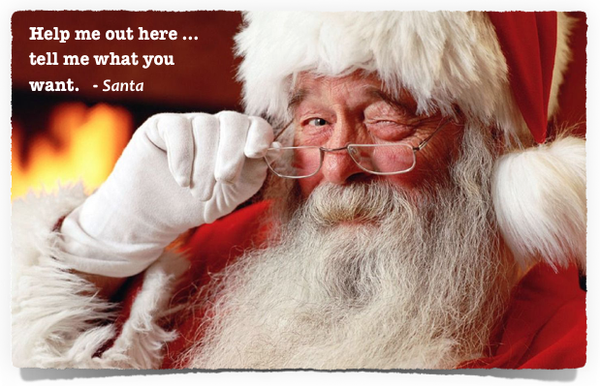 Here’s a little exercise. Make a list of all the people, things and qualities in your life for which you are grateful. It might surprise you all of the abundance you have in your life. ~ John-Roger

During a session I was again made aware of how pervasive is the focus on what we DON’T WANT. That’s what a complaint is. A conversation about what is NOT WANTED.

I’m guessing if you are reading this you have been the recipient at some point in your life of someone throwing a complaint or two at you. I’m wondering, did it motivate you to action? And even if you wanted to make things better for the person complaining, did their complaint assist you in understanding what you could do to make their lives better?

The problem is if I tell you not to look at the floor, you want to look at the floor. You did didn’t you? You can’t help yourself. I told you to even though the word not was in the sentence. I gave you what is called negative direction and I didn’t tell you what I wanted instead. There are a bazillion, well maybe not a bazillion, but lots of other places to look. How are you suppose to know which direction I’d prefer you to look?

I still don’t know what is wanted instead.

Let’s pretend you are writing your list to Santa. On it you write,

Well Santa writes back and asks, well this all well and good and what DO you want?

You reply with the same lists of do nots.

So Santa sends one of his elves to tell you Santa really wants you to have what you want. This elf reminds you Santa can do anything and bring you whatever it is you want, and he needs to know what it is so he can deliver.

You give your list of not this and not that to the elf to pass on to Santa.

Later that night you get a text. It’s from Santa. It says, “When you figure it out let me know — in the meantime I have other folks to attend to who are clear about what they want. With Love, Santa”

It’s not Santa’s job to guess what you want. Santa is busy, though happy to deliver, if you do your part.

It is much easier to complain than to take responsibility for having clarity about what you want. Not learning to ask is a huge detriment to living by design.

Though you may believe it is easier not to say what you want as the possibility does exist that you may not get what you want and who wants that to happen! Yet not asking assures you there will be no boxes for you under the tree.

And then you can complain to your friends that Santa doesn’t love you. Poor baby.

So tell me, what do you want? Hurry, it’s almost that time of year!