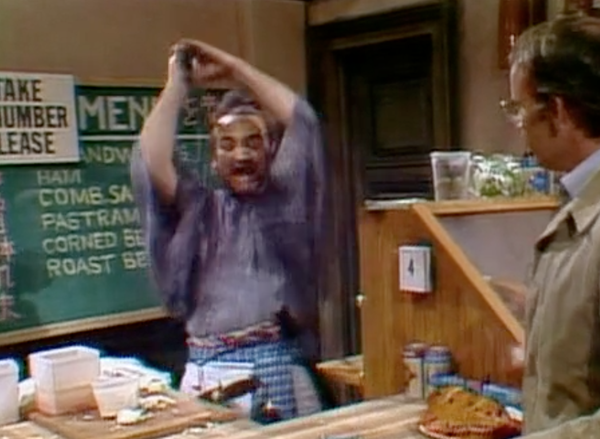 I’m not confined
to anyone’s mind
including mine!
I’m freeeeeee.
tee hee hee

In an earlier time of my life I co-owned a high-end audiophile store with my then husband, now wusband. One evening, moments after locking up at closing, we heard a knock at the door. Looking up from our tasks we recognized John Belushi of Saturday Night Live fame. (Second City was just a few blocks from our location.)

Do we let him in? Our policy was closed is closed. But then — it was him — the one and only — John Belushi.

One of our salesmen, Marc, loved John and his Saturday Night Live antics. Marc’s favorite skit was Samurai Delicatessen. He would crack us up when the store was empty of customers with a version he created for fun called Samurai Stereo Salesman.

This was back in the day when there were specialty stores selling audio gear. Most stores would discount their prices. We did not. Instead we extended all manufacturer’s warranties to 5 years and delivered and installed the equipment as part of the purchase. We were known for our service. 97% of our business was via word-of-mouth.

I remember one afternoon after a man had left the store without making a purchase. As a way to blow off steam after having spent over an hour demonstrating equipment that this man failed to buy, Marc went into one of his renditions of Samurai Stereo Salesman

I can see him now shouting, “You want discount? I give you discount!”, then pantomiming cutting an amplifier in half with his imaginary Samurai sword, then giving the invisible customer one of the two pieces for 50% off the retail price.

That evening when John appeared at the front door there was no discussion about breaking our policy about closed meaning closed. Marc volunteered to take care of him and lock up. The rest of us decided to hang around as well, curious about what John would be purchasing. 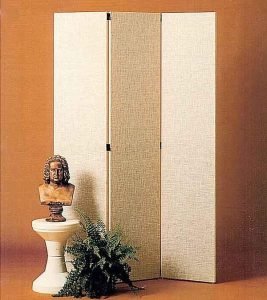 Our store sold exclusive gear. There was merchandise which was only available in our store in the whole of the Chicago area, even in the state and beyond. One esoteric product was the Magnepan Tympani flat panel speakers. These were 6’ tall three-paneled speakers that looked like oriental screens. They were located in the back room where we kept the best equipment. This is where Marc took John.

Soon there was music playing as the store came alive after having been tucked in for the night. I went over to the glass wall to take a peek into the room where the music was playing. I was surprised not to see John. Instead what I saw were the Tympanispeakers in the middle of the room configured so that John, I assumed, was standing in the middle of the 6 panels as the music blasted away.

Smiling with anticipation, I returned to the front of the store. Clearly John was having a great time and was receiving exceptional service. Our inventive minds began to imagine what John might be purchasing and how much fun our delivery guy was going to have installing the system.

An hour and a half later, when John was done with his play, he said good-bye and walked out the door.

Crestfallen, we realized we had been duped by our own stupidity. Our greed had us running into an imaginary future living in a conclusion we had made up as if it were real.

Recently I was telling this story to a friend. In doing so I had an epiphany. Imagine being John Belushi in a world that catered to your outrageous insanity and sense of play. A world where there was allowance for you to be as fun and as free as you choose to be. Where people would shift the course of their lives to accommodate your whims. How does it get any better than that?

I wondered what it would be like to live like that. Living sourced from joy and fun with the assumption that the world will say yes to my sense of adventure and play. What if I choose to be my version of John? Choosing to live as free as he be. “Why not?” asks she. Teehee!

How does it serve me to confine myself to other people’s opinions and expectations? Or even my own? Why would I choose to make myself that small?

As Kris Kristofferson said, “Freedom’s just another word for nothing left to lose.” For me this means being free to choose me, to be the me that I be regardless of the world’s judgments of me.

And if whoever chooses to get upset about my freedom, oh well. They get to live in their disappointed projected expectations, as we did when John Belushi walked out the door.

That part is none of my business.

I’m in the joy business.