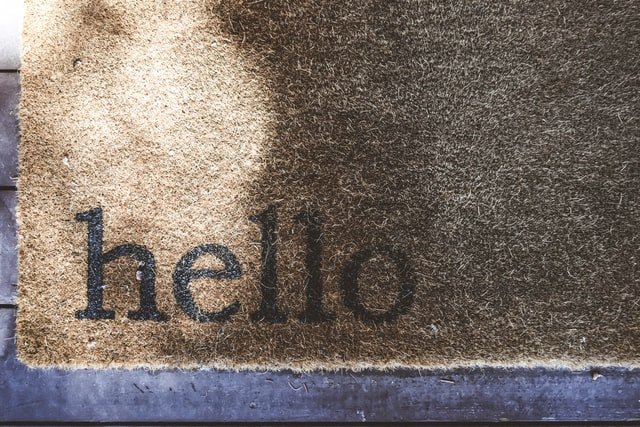 Allowance is a very gentle space filled with kindness
no matter what anyone else is choosing.
~ Dain Heer

Many years ago I was in a five-day workshop (which if you know me at all would not be a surprise as I love to learn and expand my conscious awareness). This particular workshop was all about stretching past our conditioned limitations and exploring new expression. One afternoon we were directed to leave the seminar room for the afternoon and challenge ourselves to do something other than what was familiar.

This doing different was an opportunity to drop our walls and barriers and to make real contact with another human being. Preferably someone who we would, up until now, have tended to avoid.

Out-into-the world I went. First stop a McDonald’s as I had at that time a righteous opinion against fast food. I ordered myself a fish sandwich. When I turned around to face the room with my tray, I saw an attractive man and, eek, made eye contact and smiled.

Big sigh, I can do this.

The training was being held at the Allerton Hotel in Chicago located on Michigan Avenue. Emerging onto the busy street I wondered what would happen next. At that moment a scruffily dressed man who reeked of alcohol and an unwashed body approached me. I realized this was my stretch. I acknowledged him.

I began to walk in the direction of the park and he tagged along chattering away. His slurred words were incomprehensible to me. With clarity and directness I told him if he wanted to talk to me he would have to articulate. Amazingly he was able to get a grip and speak so that I could understand him.

We kept walking. The further we went the more sober he got. My sense was that not many, if any, people actually paid attention to him. My willingness to be with him was motivation for him to clear his head and come present.

We ended up spending two hours roaming around the Lincoln Park Zoo before I had to return to the training. In that time not only did he sober up, but he seemed to transform, from a smelly street guy to a man of some intelligence who spoke from a poet’s heart. I recall him saying something about the birth of spring and it touched me. He was referencing the beautiful April day and also the transformation that had occurred in me, as well as in him.

He escorted me back to the venue and we parted. To this day he lives in my heart, for with him I learned what essential contact with another person can be.

Fast forward to today when I was with a client exploring what it is to be in allowance. Allowance is a space where nothing is judged and everything is welcomed. She was wondering if allowance meant letting people take advantage of her. Suddenly this story popped into my head to share with her.

Allowance is not playing doormat to another. Rather it opens up a space for kindness to exist. There is power in kindness. When I asked my stretch companion to articulate his words, he recognized that he had the freedom to choose. He was able to receive that as guidance and not judgment. In the space of allowance there is choice. I too had choice. If he hadn’t articulated his words, I might have chosen to walk away from him.

That out-in-the-world-stretch was a gift to me. It taught me how letting go of resisting and choosing instead to just be, opens the door for magic and miracles to appear.

That man miraculously metamorphosized from street bum to poet while I experienced the magic of communion. How does it get any better than that?