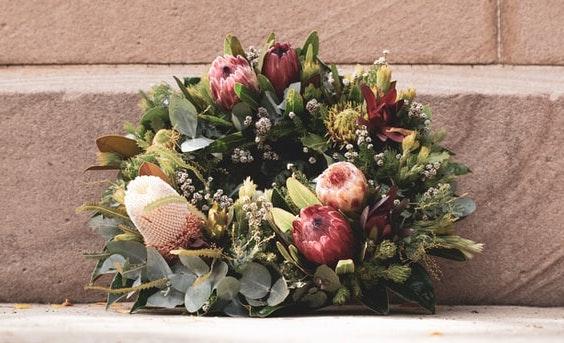 You can make hell out of heaven and
heaven out of hell. It’s all in the mind.
~ John Milton

A client called me, despondent because her brother is extremely ill with cancer. While sharing her upset she told me that she wanted to give him hell. Curious, I asked her what might that look like? And by the way, how will giving him hell be useful?

She told me she would like to see him get off the couch and into his life. She herself is a cancer survivor and has a beautiful life on the other side of losing part of her lung. Why, she adamantly wondered, is he sitting there moping?

I heard sadness under her anger. I listened to her desire to assist him in savoring the life he has remaining. I invited her to give me the hell she’d like to give to him as a way to discover what is deeper than her anger. She agreed and shared how sad she was that her brother was, according to her, throwing his life away.

When she felt complete I reflected that it seemed that she would like to sow the seeds of the possibility of other choices in his life. I asked her how is throwing seeds on untilled soil, soil that is frozen, closed off and shut down going to be successful. We need to till the soil in order for it to be receptive to seeds. And even then, not all seeds germinate and come alive.

She spoke more about brother. He was a Vietnam vet and had challenges with drugs when he returned from the war. It seems with this recent diagnosis he began to use again.

I suggested she challenge herself to see what is true by asking: Is the soil receptive to her wisdom?

What if you didn’t give him hell, but instead gave him heaven?

“Tell me more,” she said, receptive to my suggestion.

What is it you really wish to give him? Hell? Or compassion, the mercy of your understanding, the awareness of your love and adoration, and the knowledge of your gratitude that he has been a valuable part of your life? What if you gave him the lovingkindness that his heart is hungry for?

I told her about the time when my dad was ill, near the end of his life. A friend had told me about an idea he had for a book. He was going to title it: Write the Eulogy Before They Die. That’s all he had — a title and some ideas for the content. I thought it was a brilliant idea and I took the idea into action.

I sent an email message to my extended family requesting stories about my dad, about growing up around him. We had been a close-knit family. I grew up in a mini-tribe. My 10 cousins had lots of contact with my dad. Many shared stories about him I had never heard.

My dad at that point was suffering with late stage Parkinson’s and was not able to read. His fast mind and quick wit were no longer available to him. He felt useless and depressed.

I would bundle up the emails and send them to my mom, who would read them to him while he was resting on the couch. She told me he would listen with a gentle smile on his face as he heard tales of how much he had contributed to others and how much he was appreciated.

My client was inspired and by the time we got off the phone she had a plan for action. She was going to sit down and write out what she was grateful for about having this man as her brother. Then she would call him and ask if she could give him a gift. If he agreed, she was going to read to him what she had written about her love for him.

We often forget how precious people are in our lives. And with his diagnosis, with hers, with all of us dealing with covid, she wanted to do something different — to tell the people she loves how much they matter to her, while they are still alive.

She was going to give him heaven.