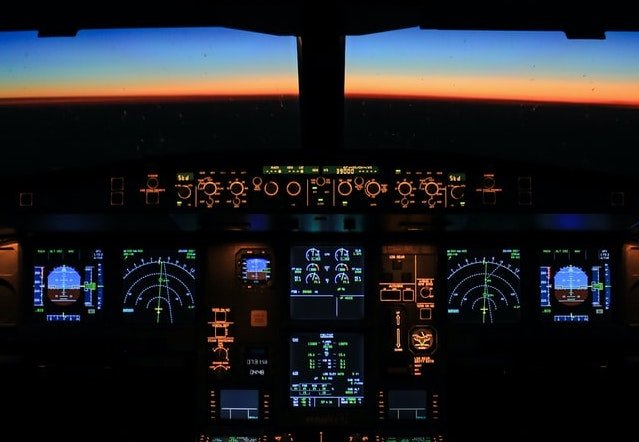 Did you know that a plane is off course 90 – 95% of the time on its way from here to there?  Yup, it’s true. That is why there is all that navigational equipment on board. The instrumentation is trained to put in a correction every time the plane drifts off course.

It seems the plane is off course quite a bit. I would say 90-95% is a lot. But it still makes it to where it is going. Why is that? Because it has committed to its destination. You bought a ticket for LA and by golly that plane is going to get you there.

In life we commit as well. We say we want this or that and then we take action. We move towards what we want, whether it is more intimacy, greater happiness, increased job satisfaction, more peace, greater presence. Next thing we know we’ve strayed off course. We’re arguing with our spouse, we’re feeling depressed, and we’re grumpy at work. What happened?

We drifted. Just like the airplane, we’re off course. And, if we don’t put in a correction we’re not going to make it to LA.

No problema. Call yourself present, recommit to what you want and keep on keepin’ on.

The problem isn’t that we drift. Drifts happen. The problem is that we judge that we have drifted, or that someone else has drifted. Drifts are part of the human experience. Judging them is optional.

When the airplane drifts off course you don’t hear the crew arguing about whose fault it is.

When we judge, we get stuck. Argue with what is and you get stuck in a battle with reality. Now the drift becomes drama and instead of investing our creative energy towards manifesting what we really want, we’re locked in a battle with ourselves because of a drift.

Call yourself present and shift your focus on what you really want and get yourself back on course.

Next time you find you are headed in a direction you said you wouldn’t go, pause, take a breath, and put in a correction.

Then keep on keepin’ on until the next drift.

Drifts happen. No big deal. Your job is to shift.

Are you willing to shift when you drift, or would you rather argue with reality? You get to choose and you get to live in the consequence of your choices.