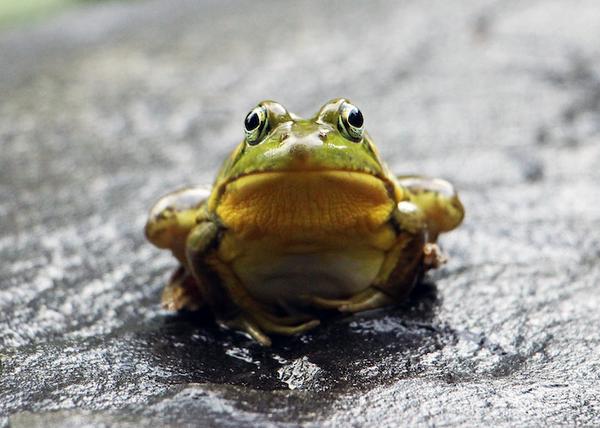 Do it badly; do it slowly; do it fearfully;
do it any way you have to, but do it.
~Steve Chandler

Imagine this. There is a giant-sized bull frog sitting on a lily pad in the middle of a pond. He decides to jump off. How many frogs remain on that lily pad?

Just one. The same giant-sized bull frog that was serenading you with his deep croak just moments before. He decided to jump off. Deciding is not jumping. Making a decision is not doing the deed. Not the same thing at all.

As a matter of fact, making a decision without taking action puts us on the thinking-about-doing and not on the doing train. Thinking about doing — hmm, when might I do this — I really don’t want to do this — what if it doesn’t turn out as I hope? — it could be really dreadful — and so on. Thinking without action, on the rails to nowhere.

Best course of action: once a decision is made — actually do it. Action produces results which can be evaluated and lead to new action. Frog jumps off lily pad in pursuit of that fly. Frog misses. Frog gets to jump again. Eventually frog gets belly full of flies. Yum.

Don’t avoid the relationship with what is in front of you. Once you make a decision, take that decision into action. You do not have to fully understand before you take action. Understanding happens through participation.

At some point it is time to turn thinking about doing into jumping into the experience. Decide and then do it. Full-out participation. Thought is not required, only action. This is where life and learning occur. Not in the head. In the doing. Action turns thinking into real experience. Action moves you out of your head and into your life.

I was in Montana in the Bitterroots. We had hiked up to a lake named Gem due to the magnificent color of the water. The lake had been made by a glacier. It was so cold that fish couldn’t live in it.

Two of us had the thought of jumping in. One of us did. That one wasn’t me. I was the one on the edge of the rock cliff thinking about jumping in. Especially after my friend had plunged in and came to the surface with a blood-curdling yell.

At that point I was thinking about not jumping in. Yet she was still breathing, even laughing as she pulled herself out of the water.

I faced the reality that thinking about jumping wasn’t going to get me in the water. Nothing to do but GOoooooooo!

There is nothing to do when there is something to do, but to do what there is to do.