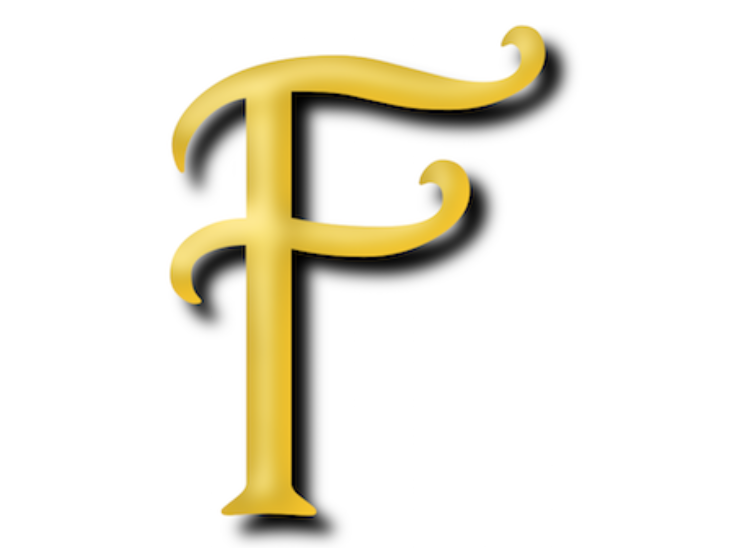 The weak can never forgive. Forgiveness is the attribute of the strong.~ Mahatma Ghandi

A client and I were exploring her resistance to giving up her resentment. I suggested forgiveness as the doorway to freedom to which she replied….”Oh, the ‘F’ word!” We both cracked up and when we quieted I related a story of a friend who had completed a divorce with a woman because he said she refused to forgive him. There was no big breach, just the normal misunderstandings that occur in the course of a marriage and she refused to ‘F’ him.

My client burst out laughing and so did I as we both know unFORgiveness is a process of withholding and the woman probably refused to ‘F’ him on other ways as well. Wait a minute, let’s be clear … I mean F as in FAVOR him, as in be generous and kind.

We decided that the session would be a version of Sesame Street and today we would be devoted to all F words related to forgiveness or the lack thereof. Why not, reason wasn’t supporting her in shifting off her position and setting her FREE. Yes, FREEdom is a F word and is directly related to FORGIVENESS. Forgiveness is a gesture FOR ourselves and in choosing to FORGIVE we set ourselves FREE. It has nothing to do with the other person.

When we are unFORgiving, we tend to FILTER reality with a sorting mechanism that looks for how the other person is FAILING us therefore generating evidence of how we are right to be righteous about how it is their FAULT we’re upset.

One of the truths about human existence is that we have control over very little, especially other people. We cannot FIX anything. The FAILED attempts to FIX keeps us in the illusion that we are victims, victims to something outside our control. My client recognized this and saw there is a part of her comfortable in victim mode, that her resentment is juicy to her, ‘her’ as in her ego.

Yup, it is juicy to the ego. The ego loves to be right, control and blame. It makes meaning and identity by weaving the fabric of life to suit the story it is attached to. This juice is really poison for it makes us sick and tired and stuck in a very unpleasant story about our lives. And the ego does this with FERVOR, FALSE enthusiasm, FIGHTING to be right about being wronged! It is a FACTORY of FALSEHOOD that keeps us FORLORN.

Whew…we were on a roll. She took the baton by telling me she FABRICATES FANTASY that FREAKS her out and that it is a FOLLY to do the same thing over and over expecting a different result, meaning that no matter how much she settles into unFORgiveness, her husband, or whoever, never seem to get that she has unmet needs she wants addressed. All they seem to do is run in the other direction. No wonder she feels a bit FRUSTRATED.

Seeing how she kept doing the same thing over and over, only louder and more often, unsuccessfully producing a different result had her realize she could come up with other ways to reSolve her problems, that there might actually be another right answer if she was willing to FORMULATE other possibilities.

She realized she had been FORBIDDING herself to be happy by not participating in the process of Forgiveness which could lead to greater ease and joy in life. UnFORgivness is like that. We hurt ourselves in an attempt to hurt other people.

With a big smile on her face she told me she was a FAKE and has been living in a FACADE, putting on a FRONT by telling herself a FLAWED story and convincing herself it was “THE TRUTH”. Instead she saw the illusion, the FRAUDULENCE of right/wrong/good/bad which is FALSE. There is no such reality. Life just is and we are asked to meet the moment with FORTITUDE.

That was her word, FORTITUDE which means courage. Courage comes from the french word ‘couer’ meaning heart. We all know forgiveness is an action of the heart and it indeed takes great courage to choose a path of Loving.

I suggested she could FABRICATE FANTASIES that supported her in FLOURISHING by realizing FORGIVENESS is the FUEL that opens the heart and restores us to peace.

We laughed so much enjoying our FUN we decided we’d take on the Ws next time. Perhaps we could turn WORRY into WONDER!

How about you? Are you WEARY of WITHHOLDING Loving from yourself and others? Perhaps it is time to do something different. Maybe you could try on FORGIVEness. If you don’t like it you could close yourself back up, cross your arms and legs, put on a pout and see if anyone comes running to save you from your choice. Someone might. I haven’t seen it happen yet. You could take the risk to see if you’re the first. Or you could choose to FOR GIVE, an action I have experienced in my life and witnessed in the lives of many others to be one of the most powerful POWER MOVES we have been given to navigate the circumstances of an unpredictable life.​​​​​​​